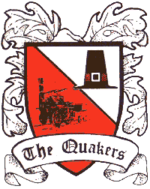 This post was originally created on Thursday 3rd May 2012 at 8:28pm and categorised under Football by Jonny Hope. It was last updated on Friday 6th November 2020 at 10:11pm.

There are currently no comments